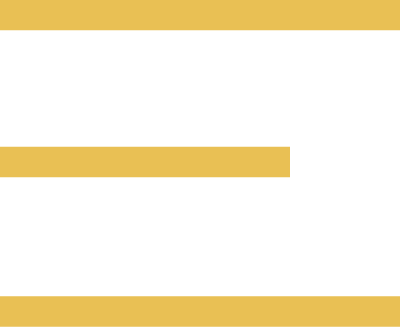 Aarav’s Time To Shine – A Night To Remember!
On Saturday, December 28th over 160 people gathered at The Sutter Club in Sacramento, CA to attend the inaugural “Grand Gala” fundraiser and silent auction for Aarav’s Time to Shine. In honor of Aarav Khalasi, Aarav’s Time to Shine partnered with the Cystinosis Research Foundation (CRF) to raise awareness and funds in their efforts to search for better treatments and hopefully, one day find a cure for cystinosis.
As guests arrived, they were welcomed by Aarav and his parents, Mukund and Minaxi, at the Cystinosis Awareness corner. Everyone moved through a step-and-repeat photo booth before walking into a cocktail hour where guests were entertained by a live guitarist. Soon after, the silent auction began where everyone had the opportunity to bid on over 37 auction items while enjoying music by a live band. Guests later moved to the second floor where a delicious dinner was served, and the program got underway. Special guest speaker Teresa Partington spoke about the impact of cystinosis on her family, the creation of Jenna & Patrick’s Foundation of Hope, the mission of the CRF, and the most recent FDA approved clinical trials for a stem cell and gene therapy treatment for cystinosis funded by the CRF. Teresa also shared the importance of their foundation partnering with the CRF and how impactful it will be to have Aarav’s Time to Shine join in helping find a cure together.

With the conclusion of speeches, a Fund the Mission took place where over $36,000 was raised for the CRF. After an exciting time, upstairs, guests moved back to the first floor for final silent auction bidding and music. Before dancing the night away, auction winners were announced and an additional $9,000 raised. Prior to event night, hundreds of donations and sponsorships arrived via the CRF website, and as of now, the Khalasi family and their amazing friends and community have raised over $96,000 for CRF and cystinosis research.
It was truly a night to remember and Aarav’s Time to Shine is thankful for everyone’s support and commitment to help fund critical cystinosis research for better treatments and a cure! Thank you Minaxi and Mukund, joining our quest for the cure, together we will ensure a brighter future for all those with cystinosis.
Aarav’s Story
On December 29th, 2014 we were blessed with the most amazing little boy, Aarav Khalasi. He quickly began growing and hitting his milestones as most babies do. At about 9 months of age, we began noticing his lack of interest in food and difficulty with eating solid foods. At the same time, we noticed he wasn’t gaining weight nor did he have any interest in standing or wanting to walk.
We addressed these concerns with his pediatrician during his one-year checkup appointment. The doctor ordered a series of lab tests and blood was drawn on the same day. The next day we were asked to come back in to have the same lab tests redone. Aarav’s electrolytes were extremely low and we needed to have him admitted into the hospital right away. On our first night in the hospital, his attending physician told us they suspected he may have cystinosis. Our hearts were broken as we began to learn more and were not ready to accept it. As the days went by, new medications were added, and countless labs were drawn to help level his electrolytes and bicarbonate. After one month of being in the hospital, on February 10th, 2016, the final results came, and our son was officially diagnosed with cystinosis.  Cystinosis is a rare disease that only affects 2,000 people in the world.  This disease slowly destroys organs in the body, including the kidneys, liver, eyes, muscles, and brain.
You can help by making a contribution to fund critical cystinosis research and join us in our quest for the cure!
Thank you!
The Khalasi Family,
Minaxi, Mukund, Aarav, Isha and Rani